Spurs Summer Basketball Camps are run by professional and experienced coaches, providing basketball training to young athletes by teaching them every aspect of the game while helping them build character to succeed both on and off the court. 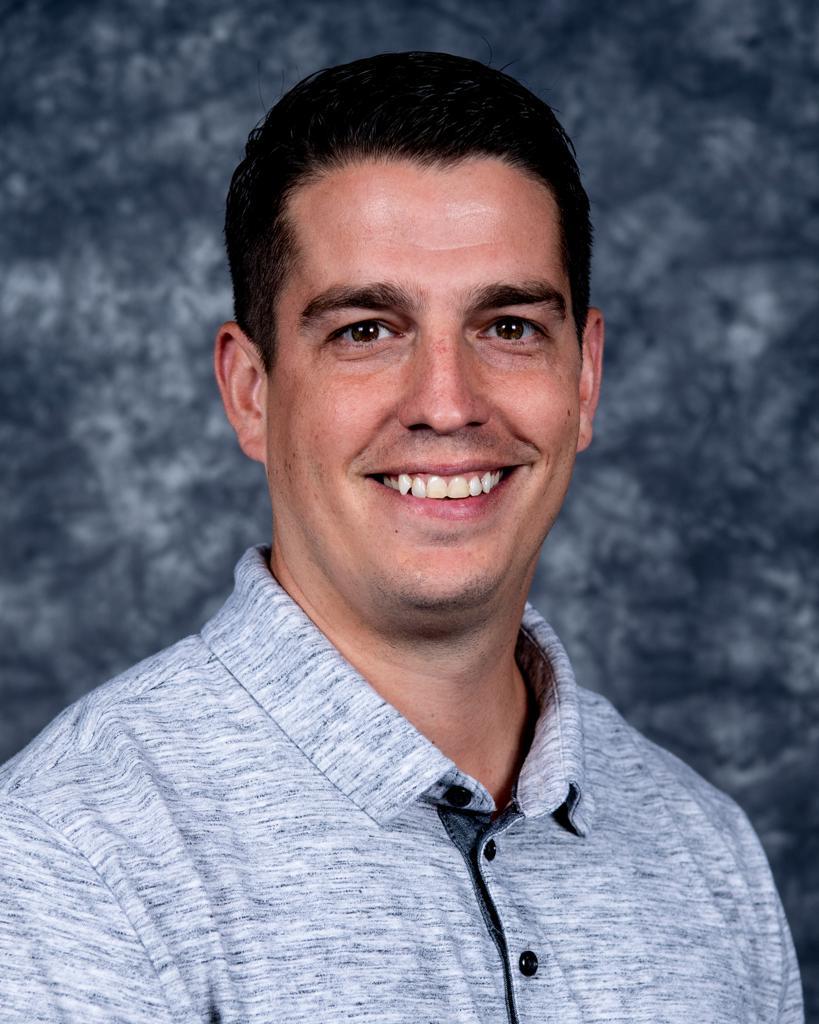 "This was an awesome camp! You guys did a great job with everything, and all 4 of my boys really learned a lot. Their ball handling has significantly improved." Parent, August 2020

Nevil Shed was born and raised in Bronx, New York, and graduated from the picturesque Morris High School where other distinguished alumni like Colin Powell also attended.

At 6 foot 8, Nevil “The Shadow” was the tallest of the ’65-66 Miners.  A native new Yorker who was used to an East Coast run-and-gun style of play, he had to make some major adjustments under Don Haskins’ methodical dribbling and passing system.  Nevil and the Texas Western Miners, the NCAA Men’s Basketball Tournament term “March Madness” took on new meaning in 1966. For the first time in NCAA history, the champions of this coveted game had a starting line- up consisting of all African- Americans.

After completing his college degree, Nevil would go on to be drafted to the NBA, coach for the legendary Don Haskins, become inductee of the Naismith Hall of Fame, marry and father seven children became the topic of several documentaries, books, recipient of numerous awards, and portrayed in the Disney film “Glory Road”.

Coach Charlie Anthony has over 22 years of experience as an Educator, Coach, Athletic Coordinator and Facilitator for Harlandale ISD in San Antonio Texas.  During the school year, Coach Anthony is very involved in the community as a volunteer Coach after school and on the weekends for several local youth leagues.  The sports leagues include but are not limited to basketball, baseball, soccer and track.

During his Summer Breaks from his full-time job, Coach Anthony has worked as a Spurs Sports Academy Coach for 16 years.

"The best part of coaching is the influence, the impact and the relationships you build as a coach.  A good coach works hard, is dedicated and patient when working with kids.  Coaching is a rewarding experience when you see kids having fun, improving their skills and working hard to improve themselves.  In other words, the best part of coaching is when you see that kid you coach and see him confident in himself and is eager to work hard for you and show you what he/she has learned. You made a positive impact on that kid! Finally, a rewarding part of coaching is when that kid comes back to shake your hand to tell you,  "thank you for making an impact on my life." ~Coach Anthony

DAVID W. SMITH is in his second season as a Our Lady of the Lake University men’s basketball assistant coach.

For the previous six seasons, Smith was an assistant at Trinity University in San Antonio.

Smith served in the United States Army for more than 23 years and retired at Major's rank. In that time period, he also gained invaluable coaching experience. He was the Men’s All-Army Basketball Team head coach from 2009-2012, which required selecting 22 players from a pool of 250 applicants each year. During his time as the head coach, the All-Army Team had many extremely talented players, including former D1 and D2 conference players of the year and several overseas professional players.

The versatile Smith also was a four-time head coach, two-time assistant coach, and chief of mission for the men’s All-Armed Forces (USA) Team from 2009-2012. He played a major role in training the team to compete at a national (Olympic) level.

He received several commendations from the Army, where he served as a company commander in a combat theater of operations. Smith also was a member of the White House Communications Agency in Washington, D.C.

In 2014, Smith received a master’s degree in management/logistics management from the Florida Institute of Technology. He also earned a bachelor’s degree in justice administration from Hawaii Pacific University in 2004.

Smith has been married for more than 19 years to Dina Smith, a retired Army major with 26 years of service. They have two children, Lonnie and Lorin.

BreAnna Brock graduated from Karen Wagner High School in San Antonio, Texas, where she was a three-sport star (basketball, volleyball, and track). She went on to attend the University of Missouri on a full basketball scholarship and graduated with a Bachelor of Arts Degree with an emphasis in English. BreAnna has traveled around the world for 7 years, playing basketball in various professional leagues, developing a reputation for her tenacious rebounding, scoring, and shot-blocking ability. She played in the following countries: Athens, Greece; Wasserburg, Germany; Finland; Thessaloniki, Greece; Spain; Switzerland; Istanbul, Turkey; Australia.

Sterling Holmes enters his second season as Trinity's Assistant Men’s Basketball Coach and his third season overall with the Tigers.

Prior to coming to campus, he served on the National Basketball Association Dallas Mavericks staff under Head Coach Rick Carlisle as a player development intern during the 2018-19 season. Coach Holmes also was an assistant coach at his alma mater, Texas Lutheran University, during the 2017-18 campaign.

As a member of the Texas Lutheran men’s basketball team - which won three Southern Collegiate Athletic Conference (SCAC) Championships from 2015-2017 - Coach Holmes became a decorated player. The talented guard was elected the Southern Collegiate Athletic Conference (SCAC) 2016 Player of the Year. He also was a National Association of Basketball Coaches (NABC) Second Team All-American and was tabbed for the D-III News Honorable Mention All-America Team.

Lena Wilson is born and raised in San Antonio, Texas.  Coach Wilson graduated from Judson High School in Converse, Texas and pursued her edcuation at Our Lady of the Lake Univeristy.  She is currently a 7th grade pre-algebra teacher and coaches basketball and volleyball during the school year. 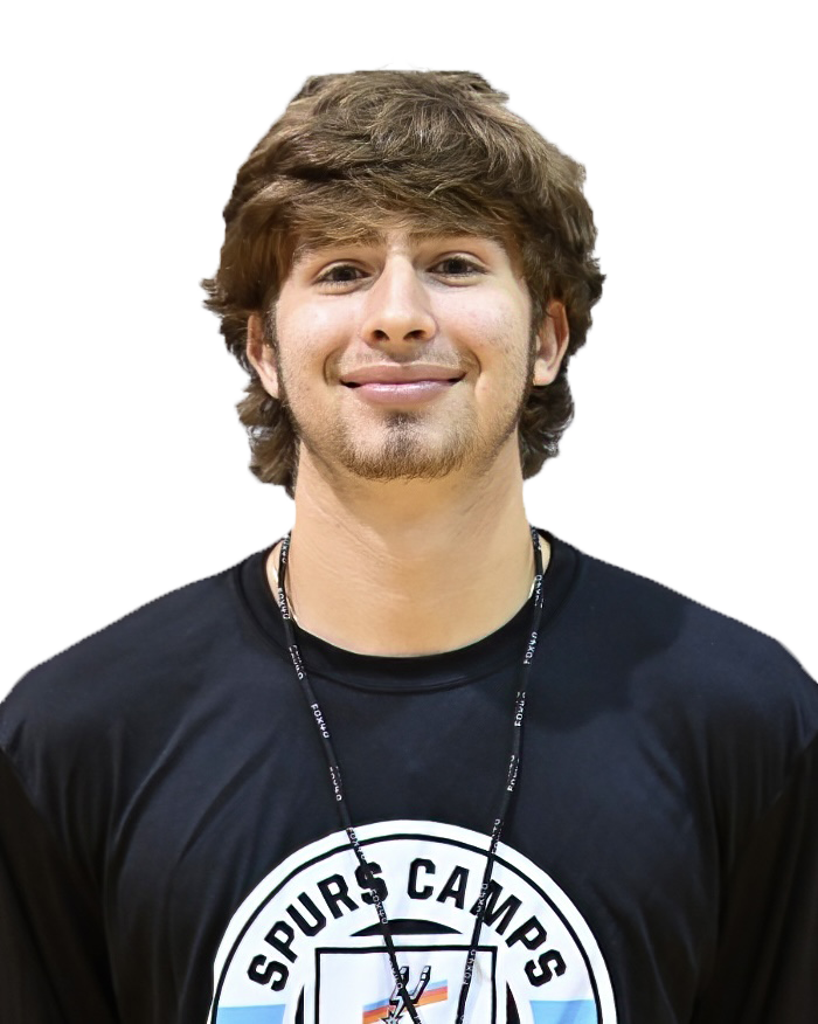 In Tanner’s freshman year, he contributed heavily off the bench with 11.9 points ( 3rd most on the team) and shot the three-ball at a team and conference (SCAC or Southern Collegiate Athletic Conference) high 46.8%. His team finished with a record of 10-2 and made it to the championship against St. Thomas. Also, in Tanner's first year at Trinity, he led his team in field goal percentage (54.5%) as well as free throw percentage (80.6%). The talented guard was awarded All-Conference Second Team.

Prior to his first year at Trinity, Tanner led his high school team to a 6A state championship at Brandeis High School. There he was named District MVP his senior year and Newcomer of the Year his junior year.

Tanner also is fortunate enough to help out the USA women's 3x3 team. This year the team prepares to receive the gold medal in Japan. Tanner is able to help out and prepare these professional athletes for their journey. 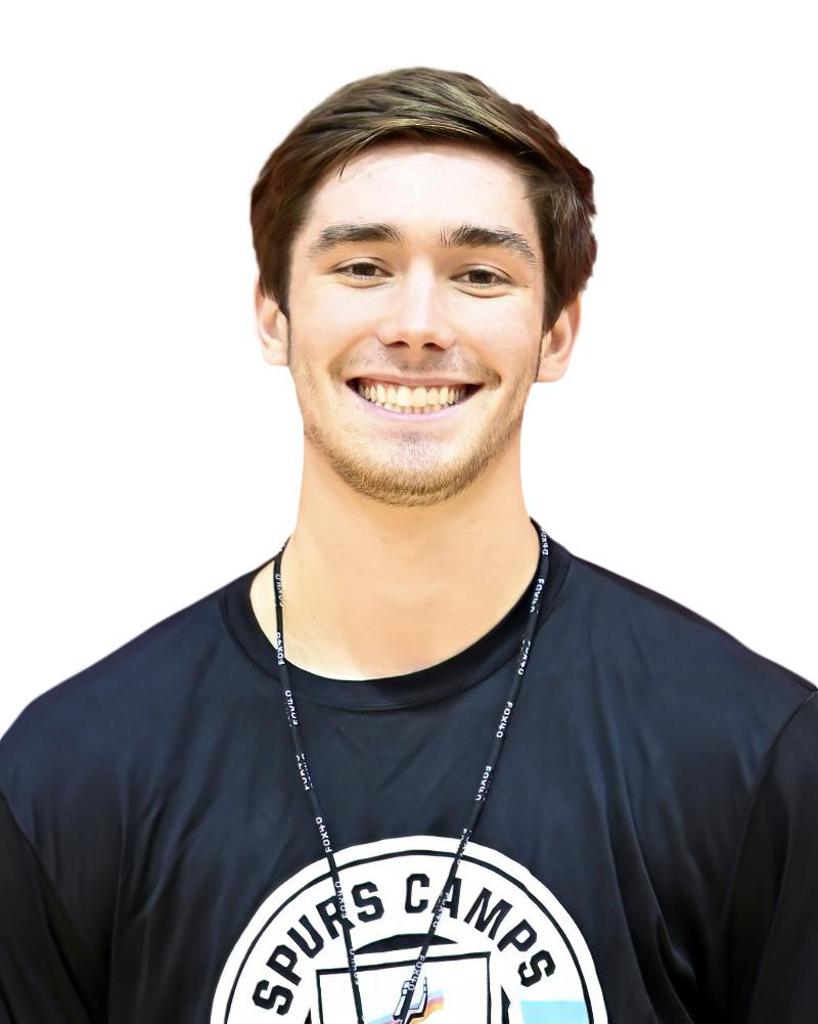 Ben Hanley will be a senior guard playing at Trinity University in San Antonio, where fellow Spurs camp coach Sterling Holmes coaches him. He enters his senior year coming off of back-to-back selections on the All SCAC Honorable Mention list.

Coach Hanley graduated from Flower Mound High School in 2018 before moving onto Trinity University, where he is currently studying Communications with a Sports Management Minor.

This is his first year coaching with the Spurs Sports Academy. 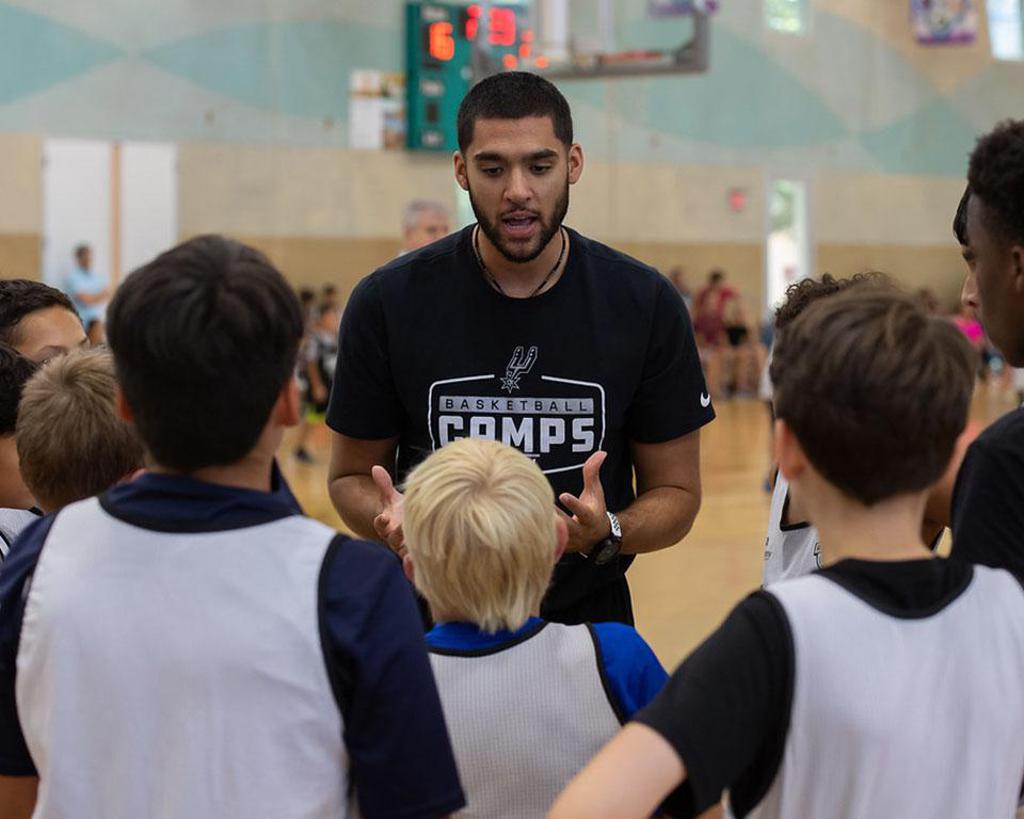 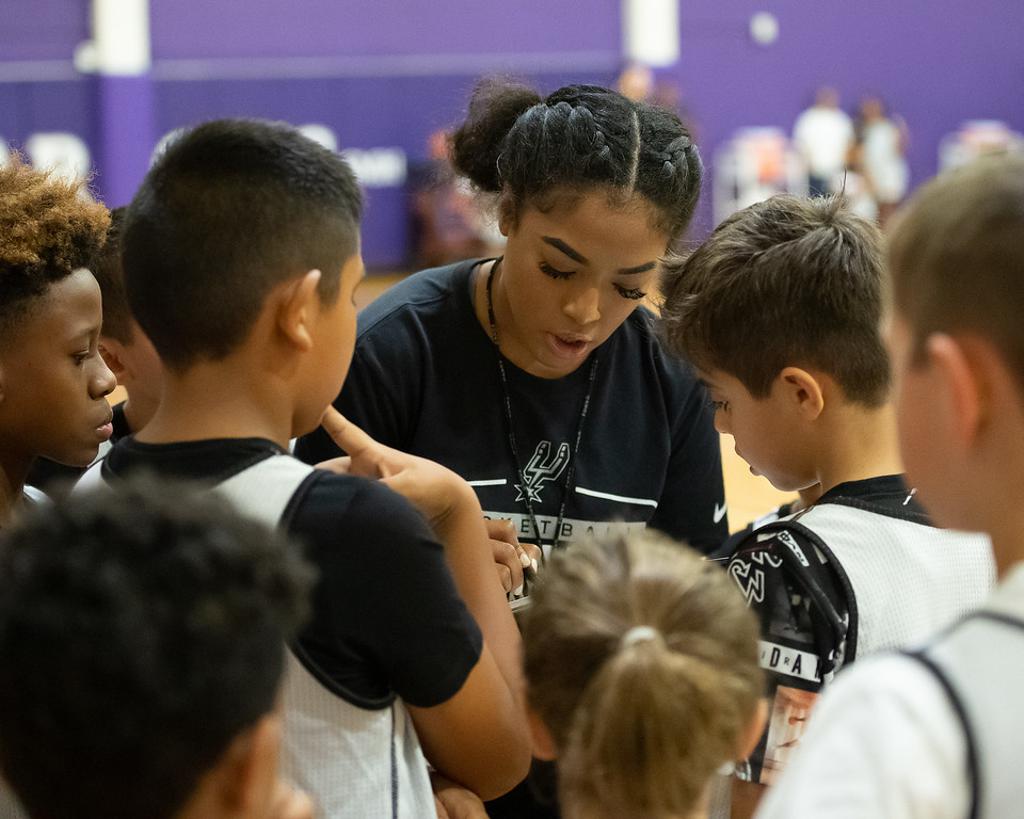 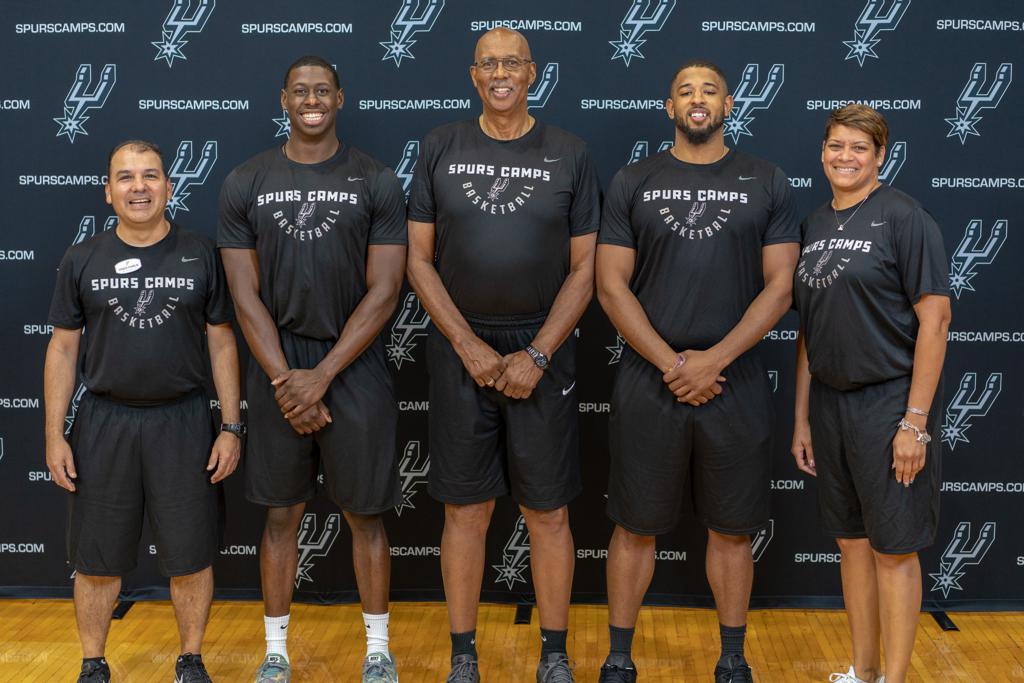 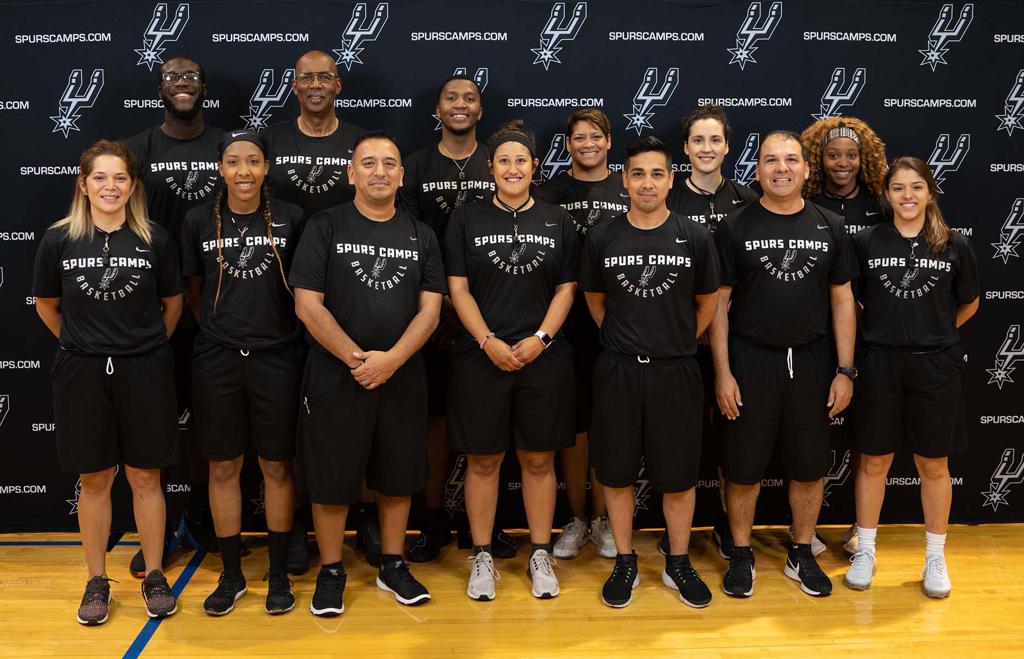 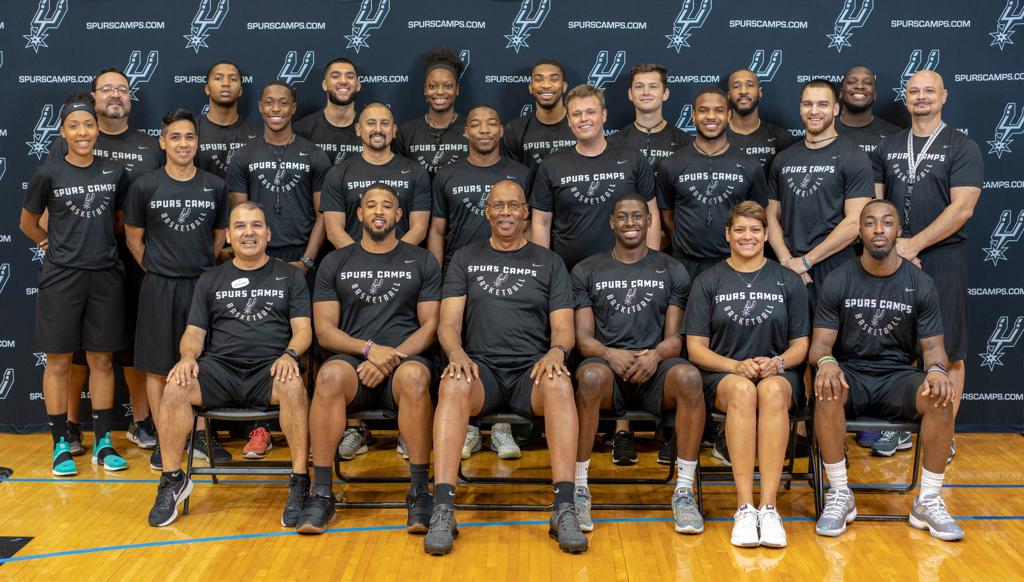 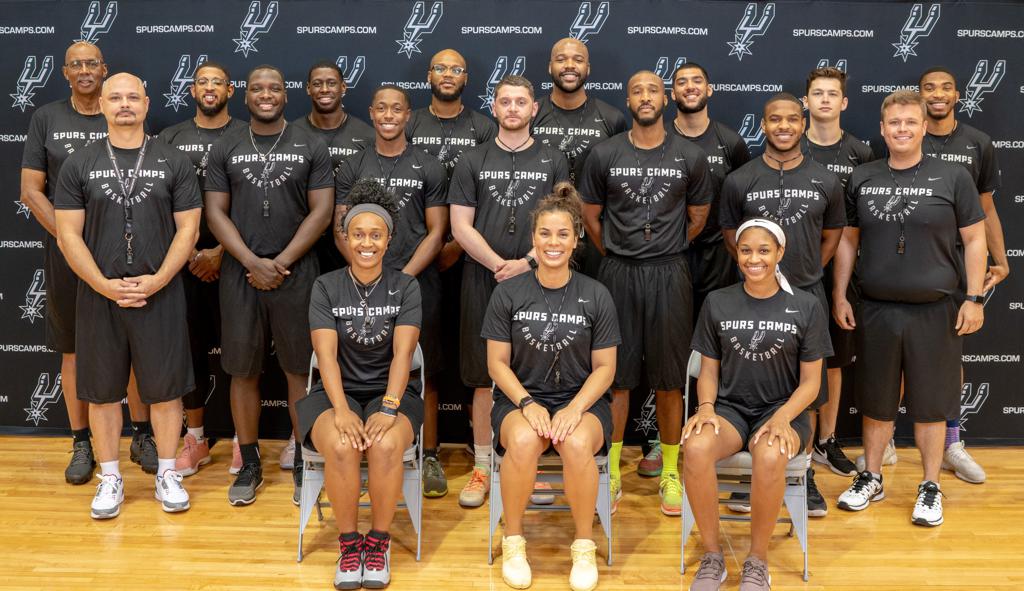